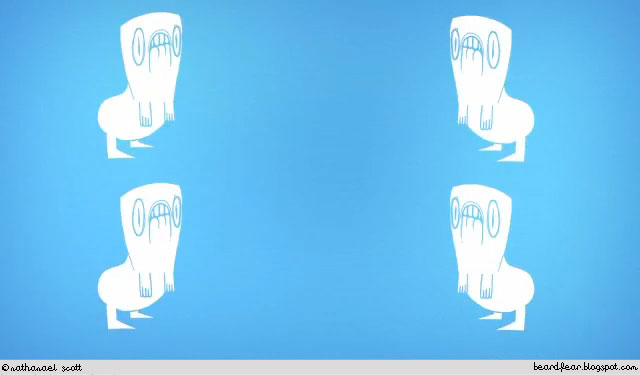 Loopdeloop teamed up with the Bang Short Film Festival in Nottingham in November to bring you, the viewers at home, the theme BANG!

The initial thought was something manic and loud and epileptic. Originally I wanted to use the backing track of Nicki Minaj's Stupid Hoe, but after deciding the copyright litigation wouldn't be worth it (and before realising that I could've just clapped my hands and made a "woop" sound), I settled on Hot Garbage's manic post rock opus Who Broke the Bang Boxxx (redux), which was probably a better (and louder) choice in the end.

I was a bit disappointed with the low number of seizures at the final screening, but I'm pretty happy with the final piece.

Check it out on Loopdeloop
Posted by the dude at 9:44 PM