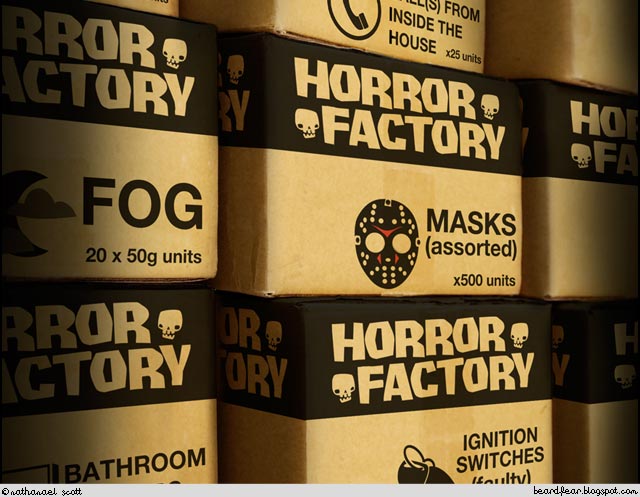 Along with doing some horror fiction themed illustrations to go throughout the pages (stay tuned), I took a bit of a different direction and Photoshopped up a cover. The idea of course being a factory that creates and distributes horror tropes. I feel in this post-Cabin in the Woods world, it's hard to "turn a mirror" on the horror genre without treading on old ground (they're not the first to do this of course, but by far the best), but I think by keeping it broad (at least with the cover image) and sticking to tropes and not specific film, at worst we're only ripping of Scream.

Horror Factory will be released on October 31st.

EDIT: Horror Factory has been released, so you can go get it now!