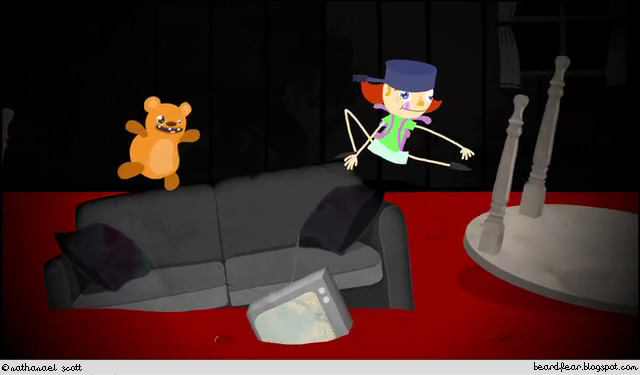 My inital concept for Loopdeloop's July theme of PLAY was to have two boys having a war style shoot-off using fake guns (sticks or carboard tubes) but make it hyper violent. Like how we imagined it to be when playing it as kids. Because the loops needed to be kept "kid friendly" due to Wheelbarrow's sponsership and Megaforce doing a better job at the concept than I could ever hope to do, I had to switch course.

Along the same lines of games we used to play as kids, I remembered the idea of "The floor is lava" It's a game that everyone played but didn't learn off anyone. How did millions of kids simultaniously come to the same conclusion of pretending the floor is lava by themselves? Is it a universal facination with lava that kids have? Capturing their collective imaginations the same way that something like dinosaurs do?

Regarless, this is how I remember the game to be.

Check it out on Loopdeloop
Posted by the dude at 9:55 PM