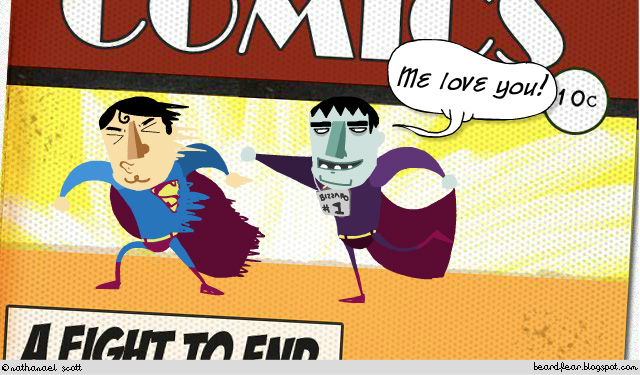 I've always been fascinated by Bizzaro Superman ever since they mentioned it on Seinfield that one episode. So the first thing I thought of when Loopdeloop announced their theme was the ultimate showdown between Bizzaro and his (far more boring) antagonist Superman.

I did encounter a lot of confusion with my choice of 60's comic book B Characters (he was in an episode of Smallville though), however apparently there was enough Bizzaro love to be the ultimate winner of June's Loops.

Check it out on Loopdeloop
Posted by the dude at 8:00 PM