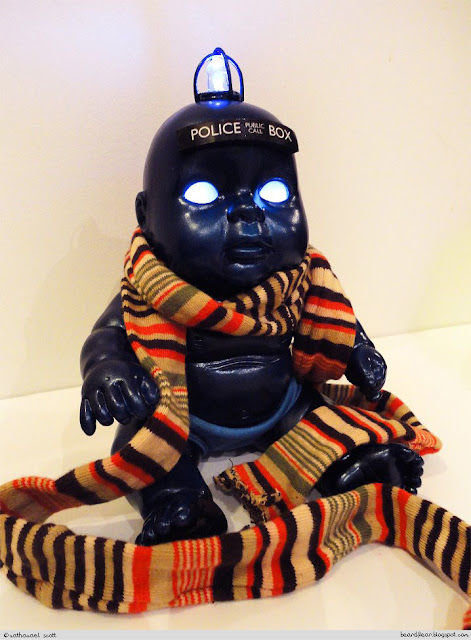 I was recently involved with the Little Deities exhibition where sixty artists were given a vinyl baby doll and asked to turn it into the God of something-a-rather.

The exhibiton is running from March 8th till the 18th at the No Vacancy Gallery and there will be works by some seriously talented artists there, so it'll be worth checking out.
Posted by the dude at 9:14 PM