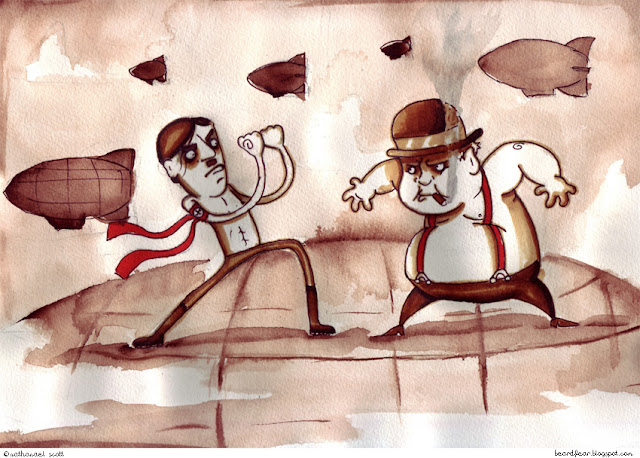 These concept pieces were done for a comic project with Addam Duke that never really went anywhere. It was pitched as an alternative history WW2 story in which Hitler was a charasmatic body builder and him and Churchill would fight on the top of airships. The idea was neat and I liked a lot of things about the concept work. At the very least, it gave me some practice with sepia illustration fakery. 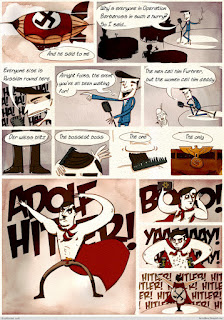